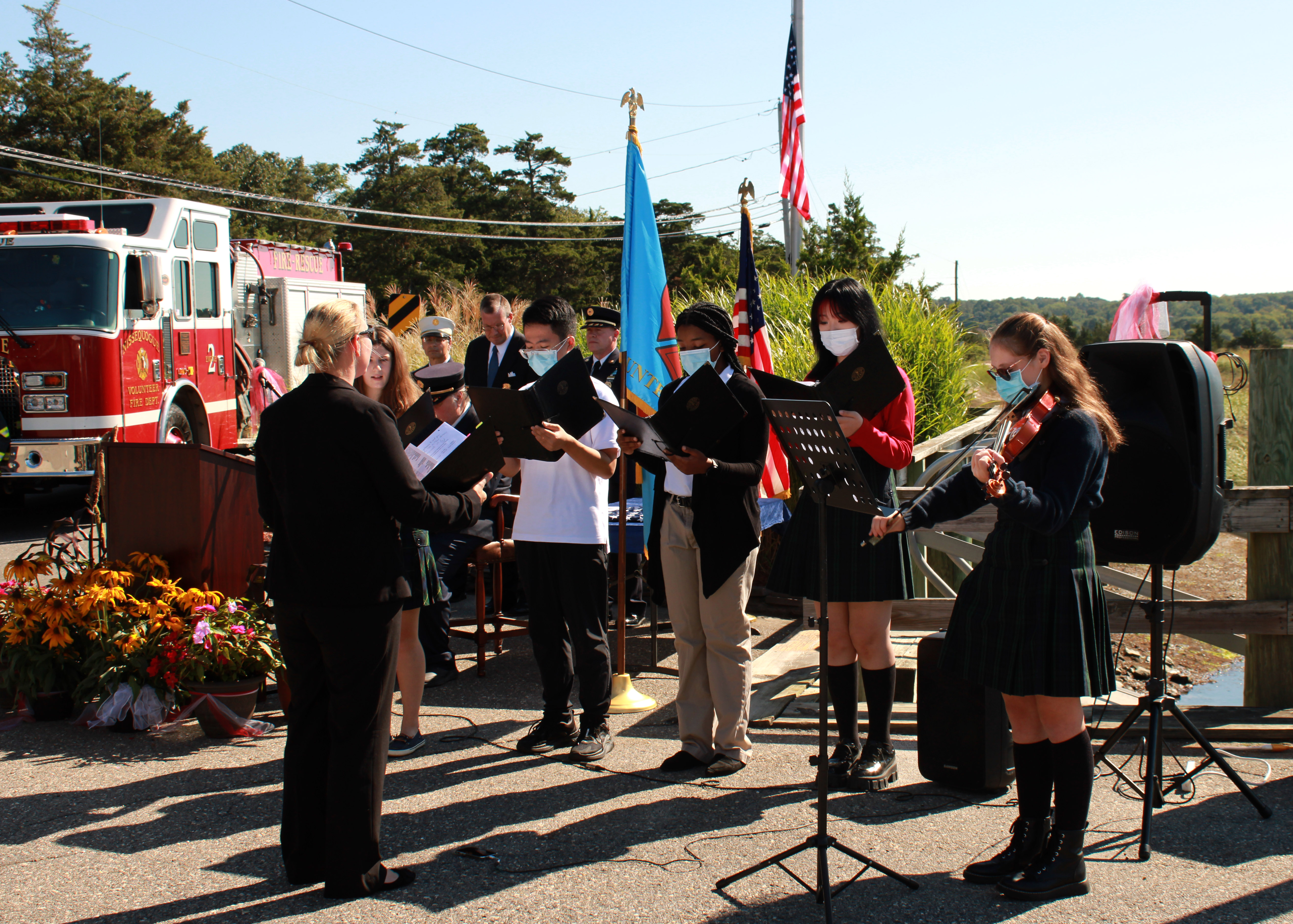 On the 20th anniversary of September 11, 2001, The Knox School joined together with the local community to remember those who were lost and to honor the heroes from 9/11.  Knox students attended the beach-side memorial service to pay tribute to hometown hero Donald J. Burns, FDNY & NQFD, who died in the Twin Towers trying to help others.  Led by choir director Mrs. Melissa Coyle, and accompanied by violinist Hannah Simkus (‘25), members of the Knox choir including Gatrude Kaitibie (‘24), Sasha Pace (‘23), Huiyi Zhang (‘22), and Yuzhe Zheng (‘23), paid tribute to the memorial with a moving performance of Amazing Grace.  Student Council representative, Aaron Bogart (‘23), read an inspirational poem about the desire for the world to come together, My Dream: A Vision of Peace, by Todd-Michael St. Pierre, while members of the Knox student body stood nearby in solidarity. Knox was proud to lend its support to our community neighbors in paying respect to this fallen hero.