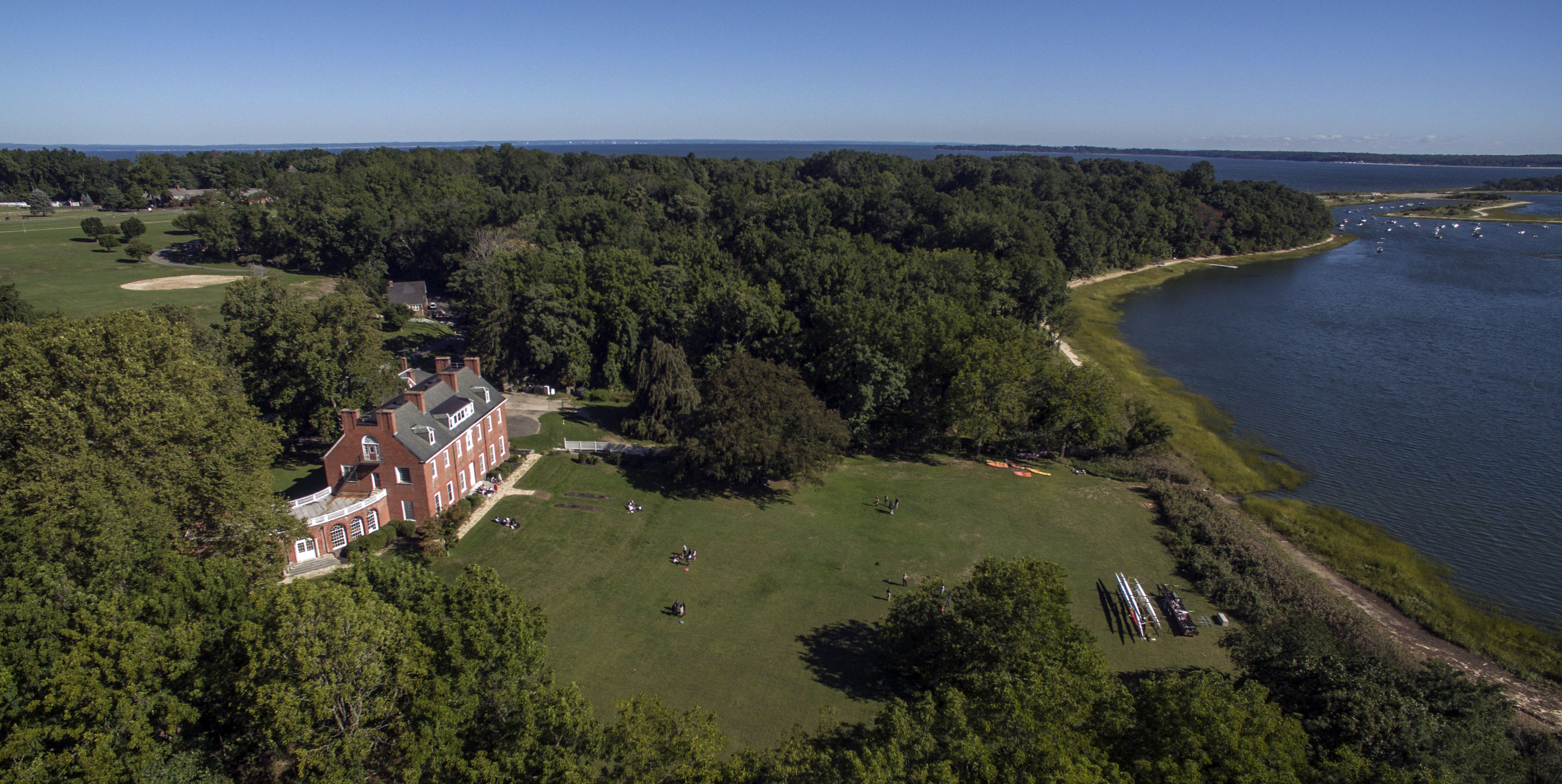 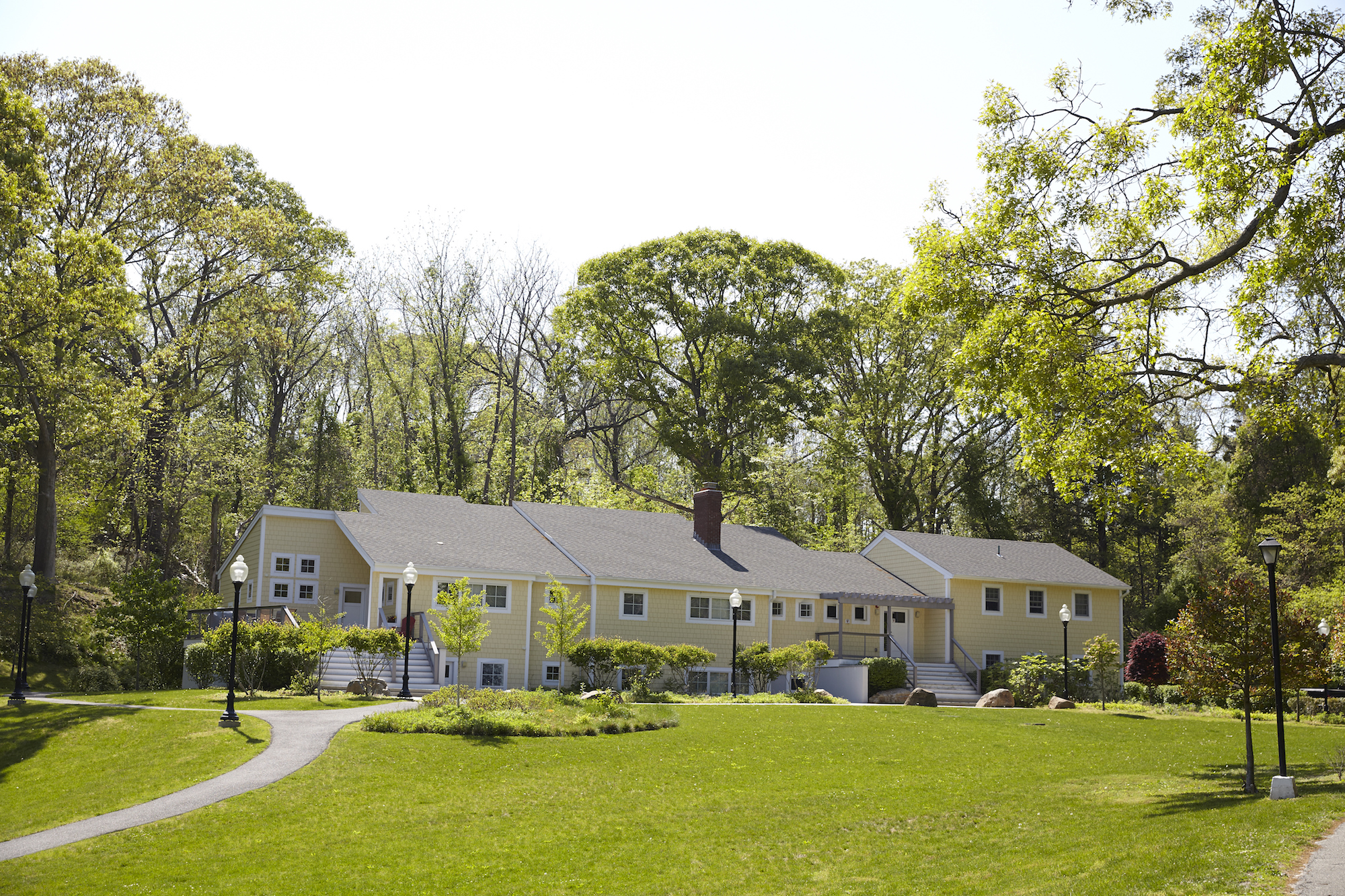 Dormitory for Upper Class Girls – Built as a faculty dormitory in 1966 under the leadership of Headmistress Miss Laura Wood and dedicated to the School’s longtime bursar Edith Knipe, who was instrumental in promoting the decision to purchase property on Long Island and move Knox from Cooperstown to Saint James in 1954. It was modified to become a single family residence for the school’s first Headmaster, Clifford K. Eriksen in 1971. In 1980 when MacKenzie House was built, Knipe was converted into a dormitory for thirteen senior girls and one houseparent. In 2011 under the leadership of Headmaster George K. Allison, the building was expanded and renovated into an 8,000 square foot state of the art accommodation for twenty-six girls that also included three two-bedroom faculty apartments.

Head of School’s Residence – Built in 1980 under the leadership of Clifford K. Eriksen in honor of Trustee Ian MacKenzie as a residence for the School’s Headmaster. 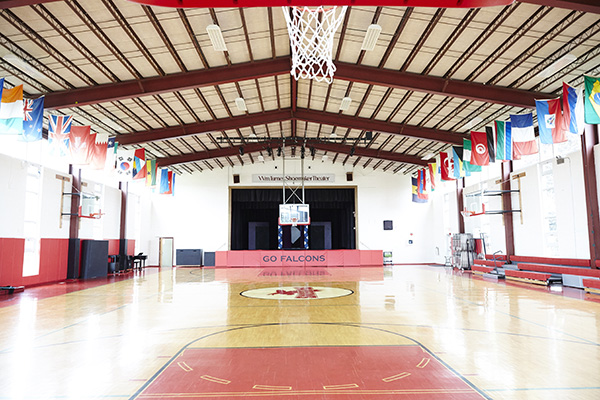 Built as a gymnasium in 1963 under the leadership of Headmistress Laura Louise Wood and named after the school’s third headmistress Mary Louise Bancroft Phinney. This building houses the gymnasium, the Wm. Turner Shoemaker Theater, classrooms, a physical fitness room, a dance studio, a music classroom, the school store, senior snack shop and the Student Commons. 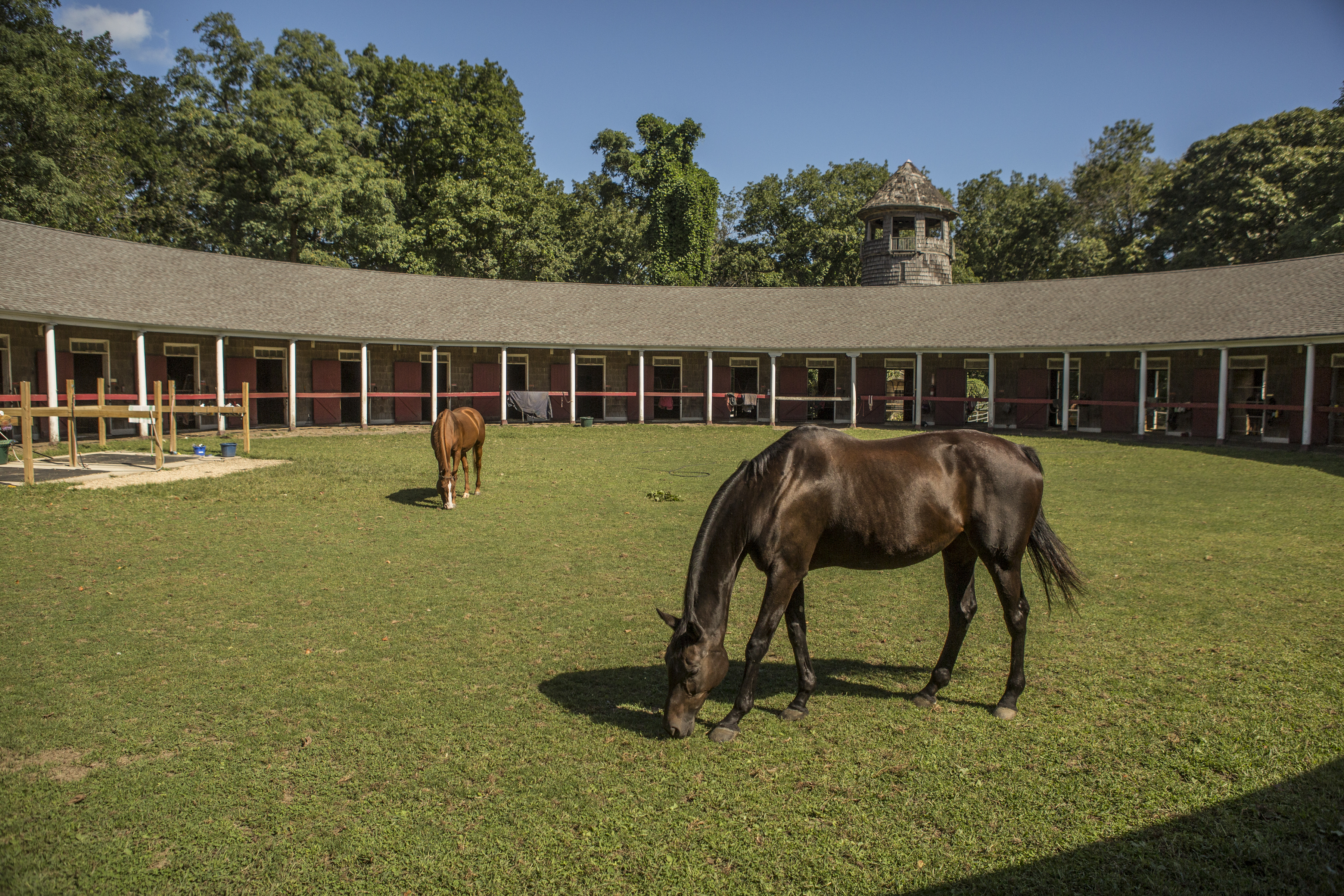 Original to the Lathrop Brown Estate, the unique circular barn in the shape of a horseshoe with connected housing and a covered exercise ring was renovated and named after alumna and teacher/administrator from 1973-2007, Phebe T. Phillips in 1995. Phebe did a great deal of renovation to the stables in honor of her mother, Charlotte Phillips Kerr. 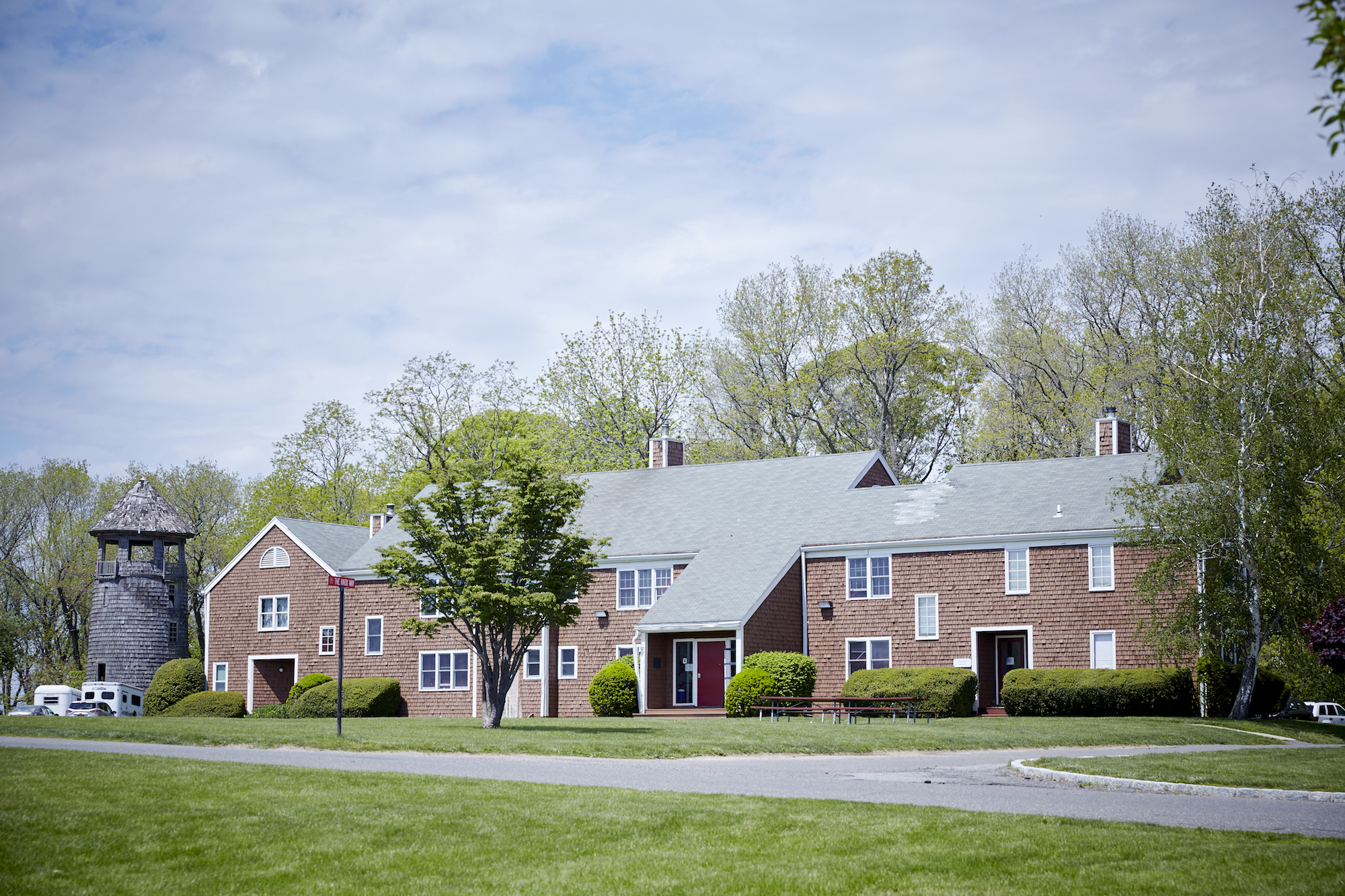 Boys Dormitory – Building completed in the fall of 1986 under the leadership of Headmaster Clifford K. Eriksen. Designed to house junior and senior boys and called the New Dorm. In 1995, it was named Miura Hall for Shigeyo Miura, Class of 1915, on the occasion of the 80th anniversary of her graduation from Knox, to honor her daughters Tomiyo Prout, School Trustee, and Fueko Iwaoka, mother of Knox alumni Kenichi Iwaoka ’91 and Sachiko Iwaoka ’93.

Boys Dormitory – Originally a hen house when the School’s property was a working farm, this wing of the building was transformed into a dormitory in 1954. It was originally called Senior House, but renamed Upper Dorm after boys were introduced to the school in 1973. In 2011, the dormitory was named Manfuso Hall after Alan Manfuso ‘83, a beloved alumnus lost soon after his graduation in an automobile accident. 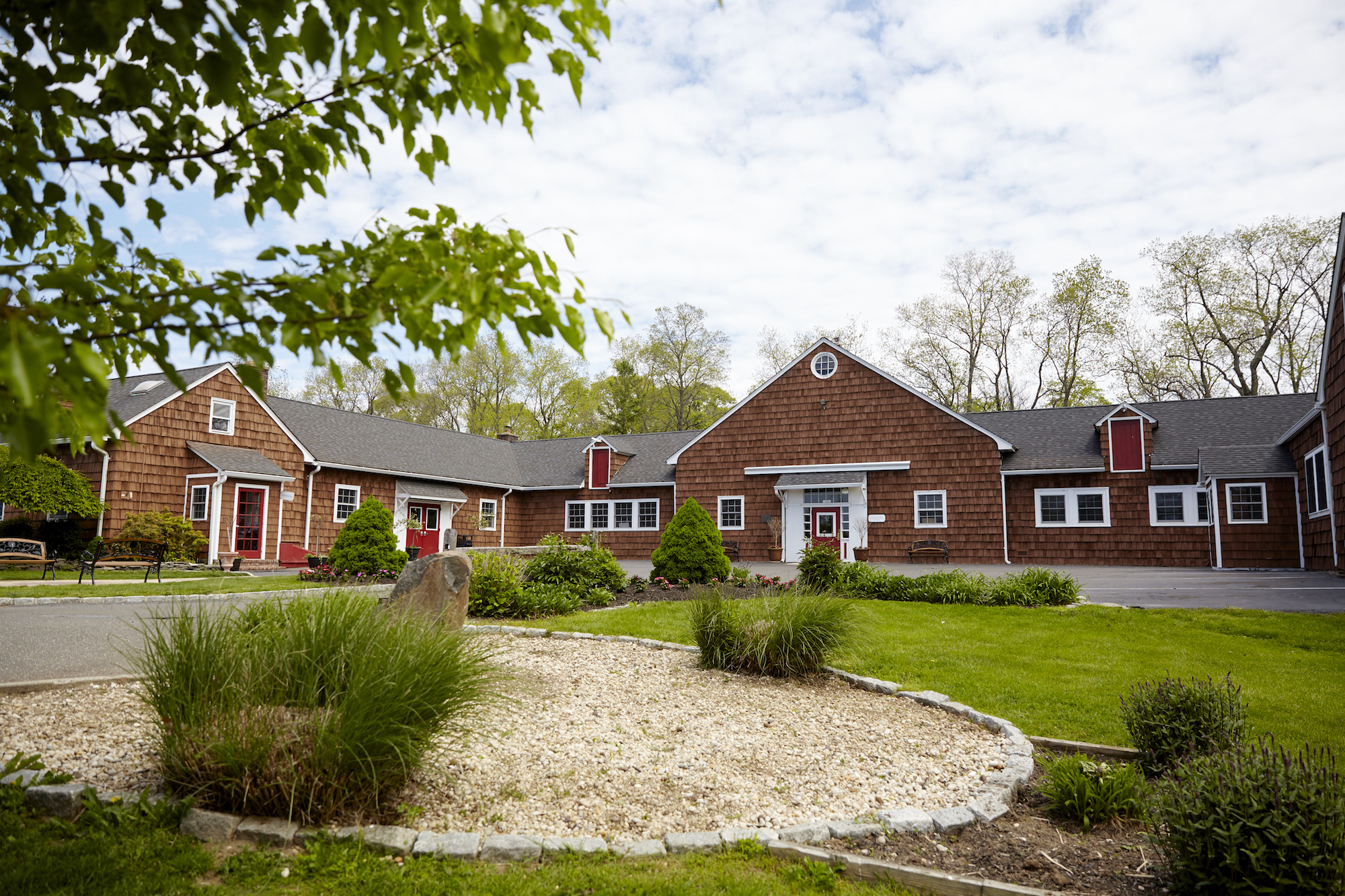 Boys Dormitory – Originally a hen house when the School’s property was a working farm, this wing of the building was transformed into a dormitory in 1954. It was originally called Senior House, but renamed Upper Dorm after boys were introduced to the school in 1973. In 2011, the dormitory was named Manfuso Hall after Alan Manfuso ‘83, a beloved alumnus lost soon after his graduation in an automobile accident. 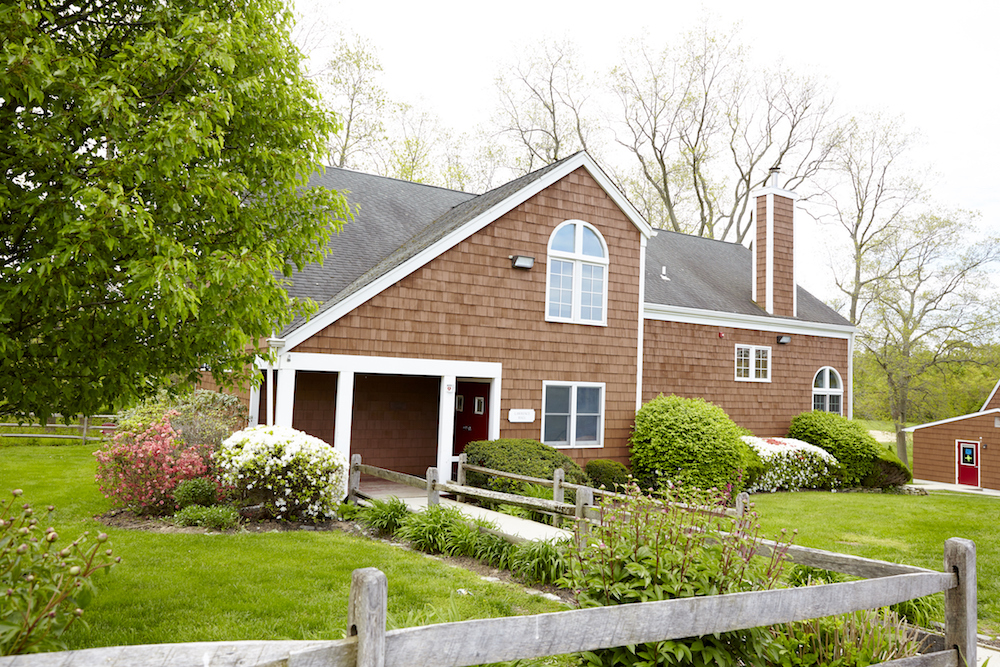 Built in the 1980’s as a classroom building to serve primarily math and science instruction. This building was made possible by a generous gift from A. Brewster Lawrence, Past Trustee, for whom it is named. 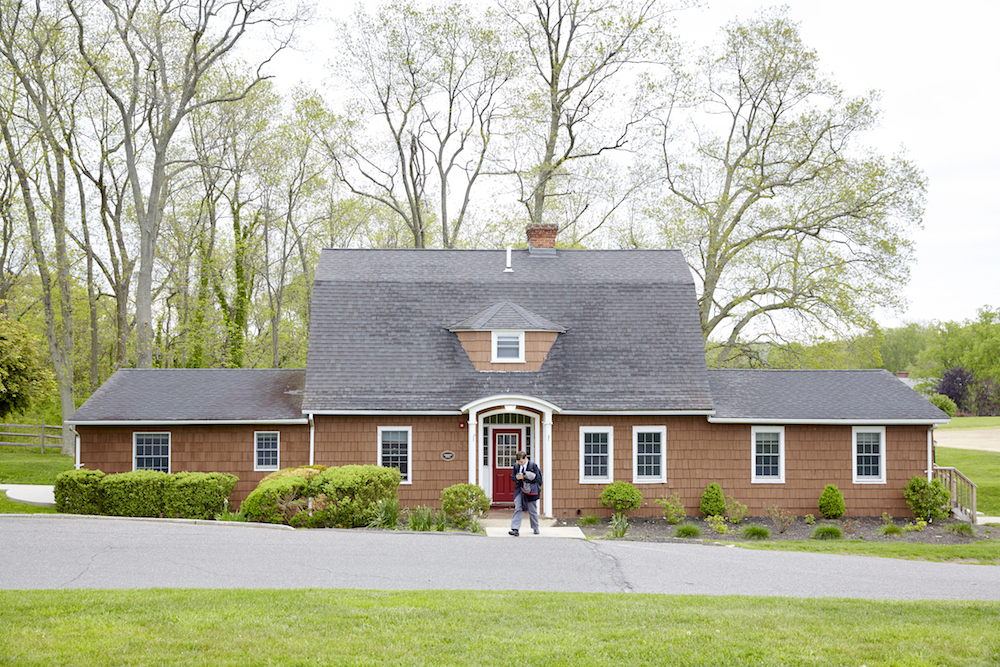 Business and Development Office Suites/Classrooms – Called “The Cottage” for the original estate and used by the Brown’s chauffeur and secretary. Later, it was the residence of the estate manager and his wife. In 1969, named Wood House after Laura Louise Wood, the School’s fourth headmistress upon her retirement, and used as a middle school boys dormitory and faculty dwelling for many year. In 2013, the building was renovated and named Eriksen Hall in honor of Clifford K. Eriksen, the school’s first Headmaster who served Knox from 1971-1999. It now provides two classrooms and houses the business and development offices. 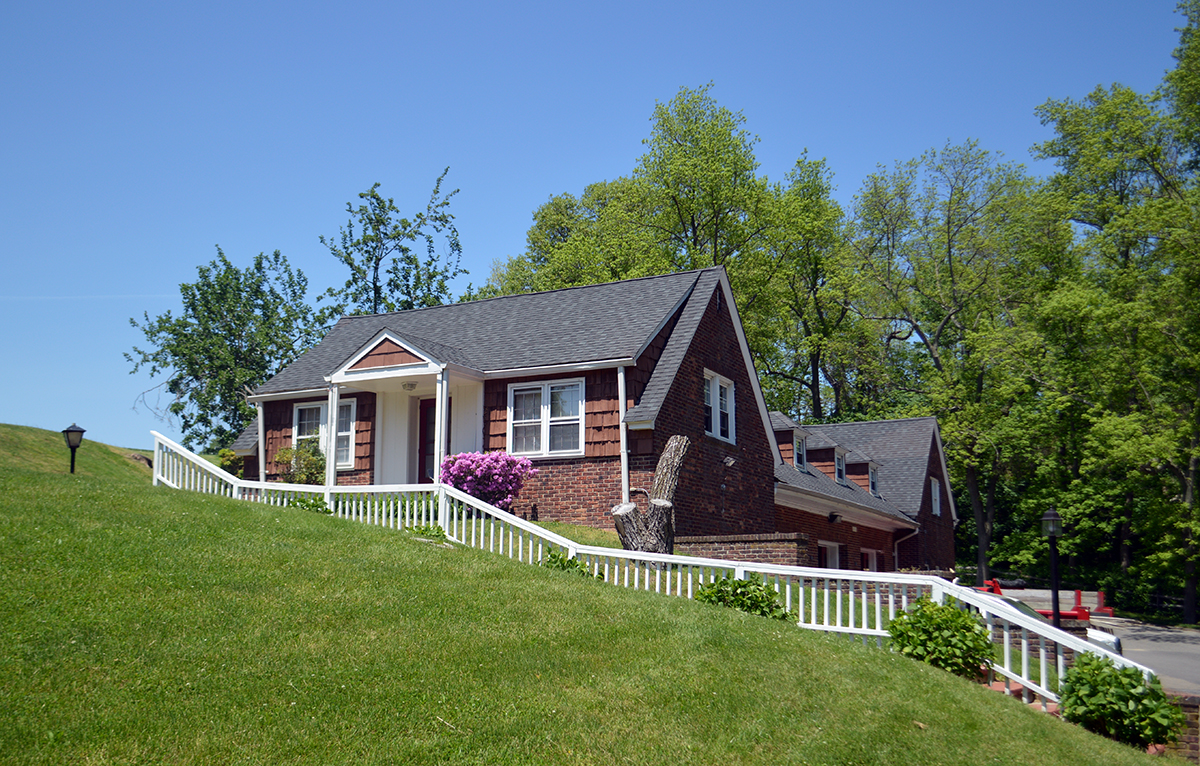 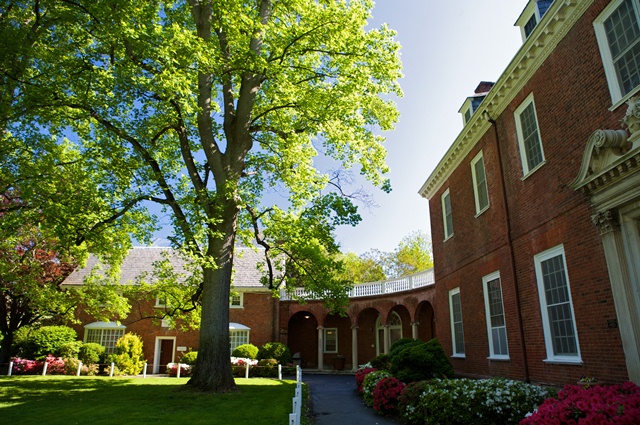 Dormitory for Underclass Girls; Houses the School’s Health and Wellness Center, kitchen and dining facilities, Solarium Art Gallery and meeting rooms – Named for the School’s second Headmistress, Louise Phillips Houghton. A thirty-five room Georgian Mansion built in 1914 by politician Lathrop Brown for his estate called “Land of Clover.” The main house of the estate was designed by his brother, noted architect Archibald Brown, who modeled it after Westover Plantation in Virginia. In 1938, the property was purchased by Stephan LaRosa, who brought in materials and artisans from Italy to finish the interior spaces never completed by the Browns. The house was a summer and weekend retreat for Mr. LaRosa’s extended family until sold to The Knox School for occupancy in the fall of 1954.

Faculty Houses Built in 1984 – In 2011, the three bedroom home was named Zingale House after longstanding faculty member E. Janice Zingale H ’83, who lived there with her family from 1986-1994 and the one bedroom loft apartment named Lunder Cottage after Christopher E. Lunder ‘85 a noted alumnus lost in the World Trade Center on September 11, 2001.