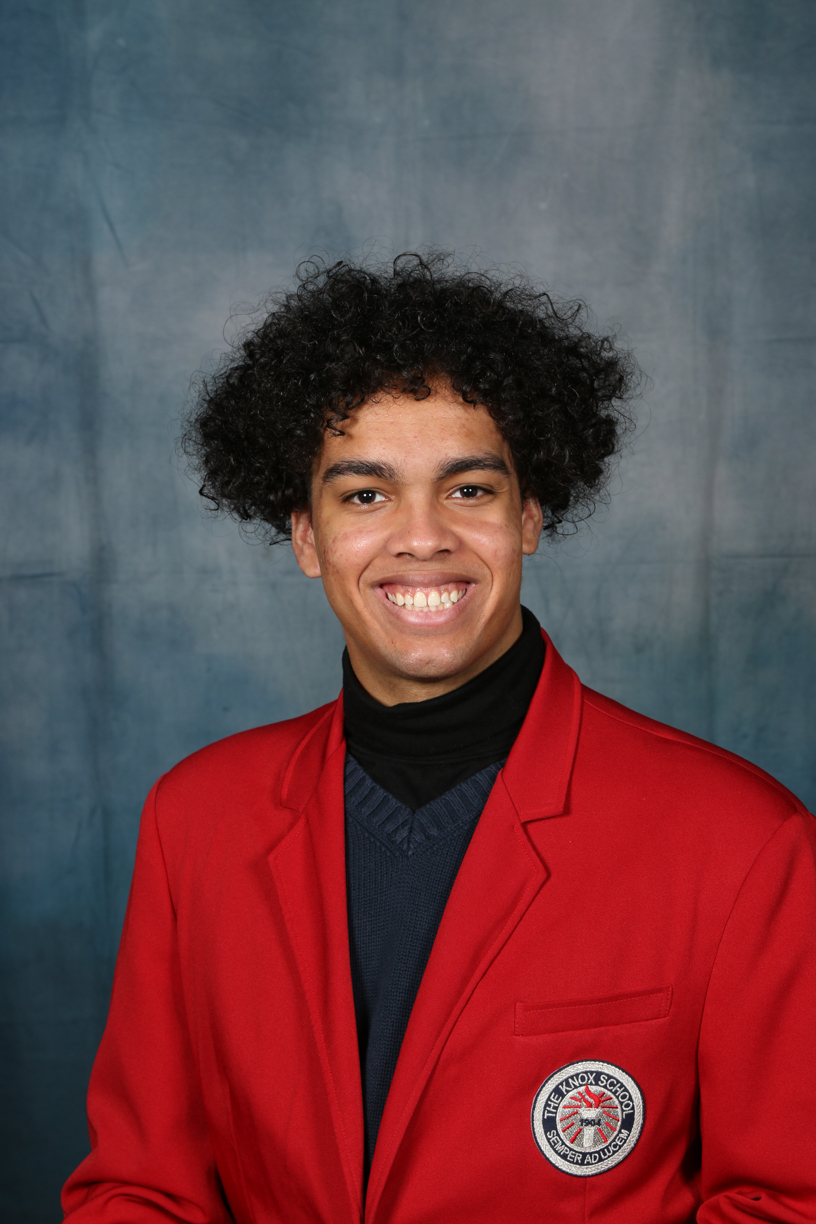 Alexander Harris is a senior with a long-standing history as a Knox student. He joined the school community in the seventh grade and each year, has experienced tremendous growth academically and socially. Over the years, Alex has cultivated an intense passion for social justice issues and has been an instrumental agent of change at The Knox School.

Without Alex’s strong drive to impact positive change on Knox’s campus, several student-driven clubs may not have seen such success. Alex began Knox’s Gay/Straight Alliance, the Black Student Union, and played a role in the success of the Equity and Inclusion Support Group.

During his senior year, Alex was appointed to the Student Council position of Equity and Inclusion Officer, a position that did not exist prior to the 2020/2021 school year. Within this role, he prepared several educational seminars and presentations to raise awareness of issues impacting underserved communities such as Indigenous Americans and queer and transgender men and women within our communities.

Next year, Alex will join the freshman class of the University of California, Los Angeles (UCLA), majoring in Psychology. Prestigious UCLA is highly ranked – #20 in the nation – and the Knox community could not be happier for Alex. While his presence will be missed on campus, he will always have a Home Beside the Shore! Good luck, Alex!