Miles Chamley-Watson, Class of 2008, is a two-time Olympian foil fencer, competing with Team USA in London in 2012 and Rio in 2016. He was a Bronze Medal Winner with Team USA in Rio, where he placed nineteenth overall. A multi-sport athlete, Miles also played varsity soccer and basketball with the Knox Falcons while in high school. He attended Pennsylvania State University with a full scholarship for fencing and completed a degree in Sports Management. A four-time All-American and two-time NCAA team champion, Miles became the first American men’s fencer to win an individual Senior World Championship in 2013. He is also the first American male fencer to win an individual Senior World Cup Championship, and the only fencer in the world to have a signature move named after him. At the 2009 world championships in Turkey, Miles gained attention as he took advantage of his long arms by wrapping them around the back of his head to strike his opponent. This move has since been known as the “The Champley-Watson.”

Miles’ appealing look, outgoing personality and love of fashion have made him sought after as a mode, and since graduating from college, he has walked the runway in New York and around the word for several noted designers. 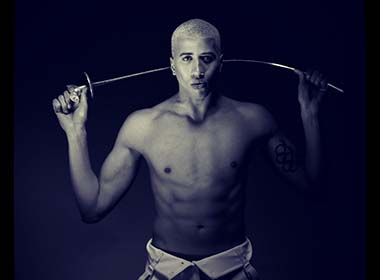