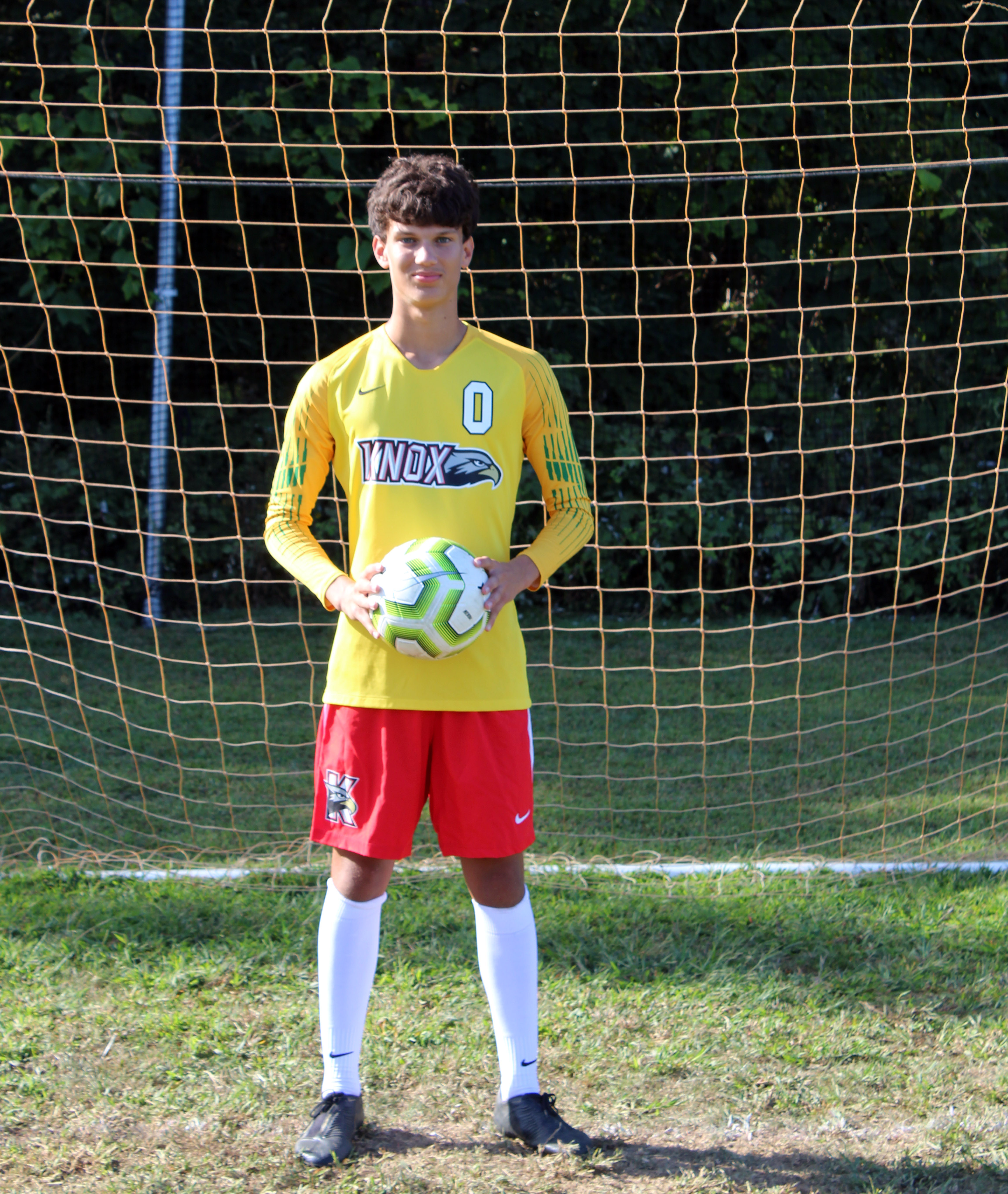 Richard Schineis is an athlete and scholar with ambitions of greatness. Playing the position of Goalie for three seasons on The Knox Falcon’s Varsity Soccer team,  Richard’s impressive roster of accomplishments includes 11 clean sheets, 126 saves, and 2 assists. To highlight his accomplishments, Richard was appointed MVP for the 2018 and 2019 seasons! In addition to his success on Knox’s soccer team, Richard earned three State Champion awards and achieved the rank of National Finalist while playing for his club team.

When asked what was his favorite moment playing soccer for Knox, Richard responded with, “The moment when we played the undefeated Avenues school in the quarter-finals. They gave up three goals all season, and we came in to beat them 3-0!”

With his talent on the soccer field and his impressive 3.4 grade point average, Richard will join the “Trailblazers” at the Massachusetts College of Liberal Arts in North Adams, MA, this coming fall. Best of luck to you, Richard on the next chapter of your athletics career.